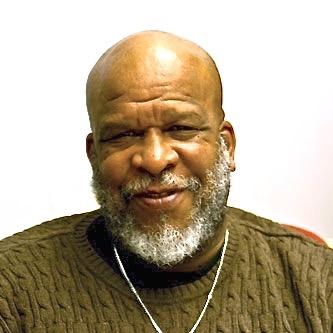 Larry began his career in film as an electrician. Following in his father’s footsteps he became a successful Gaffer. After ten years in this end of the business his skills became noticed and Larry switched from chief lighting technician to Director of Photography. Over the past twelve years Larry has distinguished himself as a feature cinematographer with such films as “JUICE,” “STRAPPED,” “FLY BY NIGHT” and “SUBSTITUTE 2”.  He has also been the Director of Photography on numerous Music Videos and TV shows. Working with notable Directors like Spike Lee and Forest Whitaker; Larry has also DP’ed and directed commercials for Nike, Levi’s and AT&T. In addition to his work in this country Larry has also traveled extensively shooting films in London, Taiwan, Africa, Jamaica and Germany.

Larry directed a documentary called “BLUES STORIES”, a piece of modern history on the roots of American music of the ‘20s and ‘30s featuring Taj Mahal.  He went on to shoot a TV pilot called “Black Jaq” Produced by Sony Tristar and Directed by Forest Whitaker. Larry is also the president and CEO Untamed Heart Inc. a production company through which he produces PSA’s, narrative shorts and documentaries. In other areas of film, he has partnered with Ronni Wheeler to create Namaste productions.

In recent years Larry is worked as a consultant, designing digital media centers for Digital Laundry and the Dwyer, both organizations seeking to expand media awareness within the urban community. For the past 8 years Larry has been a professor and the Chair of the Media Arts Department at Long Island University’s Brooklyn campus, where he endeavors to engage and shape the filmmakers of tomorrow.

Beyond his artistic and educational goals he seeks to bring attention to the issues surrounding dyslexia. Because of his passion for the dyslexic community, he delivers talks on neuro-diversity. He has offered a workshop for Learning Ally on dyslexia with his friend and the founder of Headstrong Nation, a nonprofit organization dedicated to the self-determination of adult dyslexics, Ben Foss. He was an invited guest speaker at the Dyslexic Advantage conference in 2013. In 2014, Larry was appointed Board Chair of Headstrong Nation. In October, 2016, Larry was one of the featured speakers at the Chapman University 2016 Cognitive Diversity Summit  At present he brings his many years of film making experience together with his deep concerns for this misunderstood population as he is creating a documentary to be entitled "Dyslexic Talents”, featuring the stories of innovative and successful dyslexics coupled with open and honest discussions with leading scientific researchers, on the strengths of the dyslexic brain.