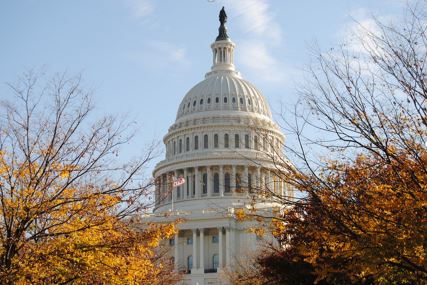 We received a letter from Headstrong Nation friend Lyn Pollard, the National Center for Learning Disabilities NCLD Parent Advocacy Manager with an invitation to join a conversation. The NCLD is holding a Parent and Community Conference Call on Wednesday, April 22, 2015 at 12 Noon, Eastern Time (ET). As some of you know, there has been some discussion over the past few days over social media regarding the Senate's rejection of Senator Bill Cassidy's ESEA Amendment to the Every Child Achieves Act of 2015, Title II Part A. Let me share Lyn's letter first and then I'll explain more on the background of ESEA and why your voice is needed to be part of this ongoing conversation.

Speaking on behalf of the NCLD Policy & Advocacy team - we are BLOWN away by the parent and community push this week on Senator Cassidy's ESEA amendments. It's been absolutely astounding - nothing less!

I am spreading the word to friends and parents - the NCLD is holding a Parent & Community Conference call on Wednesday 4/22 at Noon ET. This is our 4th call with parents since ESEA #LD debate & prep work began and we want to expand these conversations to include leaders and other voices in the LD/LAI Community.

We would love for you to join us. Lindsay Jones will guide the discussion between parents, advocates and LD community leaders as well as provide information about next steps.  The calls will also include an open Q&A time and an opportunity to share ideas and updates from within the community on advocacy efforts. Also, we want you to know that we plan to continue these weekly calls as we move forward through the ESEA reauthorization process.  If you are interested in sharing this information with your parent audiences and other key stakeholders, we encourage you to please do so.  Everyone is invited to join in! The weekly call-in number is 605-562-0020   ID: 288-587-662

Thanks again for ALL of your help and support as a community.  We hope to speak with you on April 22 at Noon ET - if not sooner.

So what is the ESEA, who is Senator Cassidy, what is his amendment about and why should you be part of the ongoing conversation? The ESEA is The Elementary and Secondary Education Act.  It was signed into law in 1965 by President Lyndon Baines Johnson.   Johnson believed that "full educational opportunity" should be the United States "first national goal". The federal government has reauthorized ESEA every five years since it's enactment. ESEA was designed to offer grants to school districts serving low-income students and federal grants for text and library books. It created special education centers, and created scholarships for low-income college students. The law also provided federal grants to state educational agencies to improve the quality of elementary and secondary education.  The current reauthorization of ESEA is the "No Child Left Behind Act of 2001" or NCLB, named and proposed by President George W. Bush

Most recently, Education Secretary Arne Duncan has called for replacing the NCLB Act with a new ESEA.  Some criticisms of NCLB Act have included the stringent accountability of schools to meet the requirements of the act without the adequate funding needed to meet the mandates and the stifling of both teacher and student creativity due to an undo emphasis of "teaching to the test".

So where does Senator Bill Cassidy fit into all of this?  Bill Cassidy is a doctor, senator and father of a child with dyslexia.  He knows the difficulties that parents may encounter in trying to find suitable educational programs to meet the needs of their children.

The early identification and timely intervention for students with Dyslexia/LD’s is something that would help these children to academically succeed and thrive, and an act allowing the states to use this funding for teacher training, early evaluations an appropriate interventions would stand to benefit many children.

Unfortunately, some members of Senate didn’t support this, and Senator Cassidy’s amendments were rejected by the Senate this week.

Here’s a quote from Executive Director of NCLD James H. Wendorf's Statement on the Consideration of Senator Cassidy’s Amendment to the Every Child Achieves Act of 2015:

“Every day, more than 2.5 million children with dyslexia and other learning disabilities walk into schools across the nation, with dreams of earning good grades, making friends and having teachers who understand how they learn. Today, Senator Bill Cassidy (R-LA) helped push these dreams closer to a reality.”

“NCLD and our national network of hundreds of thousands of parents will continue to stand alongside Senator Cassidy in his advocacy for our children. We believe this change can have an enormous impact: For every teacher trained, countless students will benefit. ”

We agree, and hope you’ll join the conversation.

Excellent round-up from NCLD of resources for understanding and planning your child's IEP.

How You Can Stop Self-Harm and Bullying of Dyslexic Kids 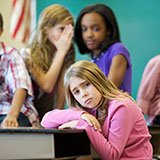 Experts in dyslexia have for many years focused on teaching children to read in the conventional way. But there are hidden costs to this more-of-the-same approach that impact many children who have a hard time in a mainstream classroom: self-harm, such as cutting or anorexia, and bullying.

There are different types of reading: eye reading, ear reading and finger reading. Blind people read with their fingers; mainstream people read with their eyes. In my case, I use my ears, as shown in this demonstration of using speech built into a standard iPad from Headstrong Nation, a national organization for dyslexic people.

It’s very important for all children to get a fair chance at learning to read with their eyes. However, focusing on eye reading in perpetuity can create painful shame. The shame comes from being told that part of you is unworthy—the part that does not read with one's eyes.

Read the rest of Headstrong Founder Ben Foss's most recent post for the NCLD here...

You can find someone else to count the money up...

Richard Branson talks about learning the difference between net and gross, and the power of delegation. 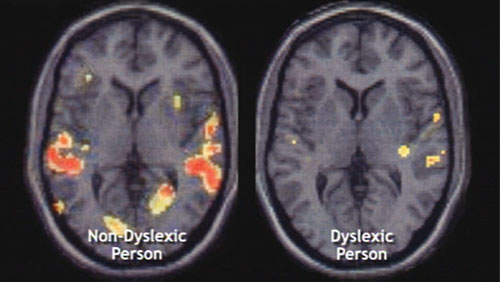 When I came back to get my results, the lab coat–wearing researcher looked very nervous. She couldn’t make eye contact with me and fidgeted in her seat. The more anxious she looked, the more nervous I got that this wasn’t going to go well. She finally looked up from her clipboard, and the following conversation ensued.

“Ben, I don’t know how to tell you this...but you’re really dyslexic.”

“Really? Excellent!” I meant it. I was greatly relieved.

Read the rest of Headstrong Nation founder Ben Foss's recent post for the National Center for Learning Disabilities (NCLD): What Dyslexia Looks Like in My Brain.

What It Takes for a Dyslexic Kid to Love Books 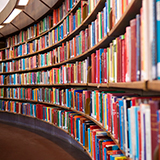 "As a dyslexic person, reading is like having a bad cell phone connection to a page. Information drops out, and I can’t access the content. When I listen to a book on tape or a talking computer, it’s like having a landline. Mainstream readers “eye read”; people who are blind and use Braille “finger read”; I “ear read.”

When I was a kid, I desperately wanted to understand the joy of reading. This desire quickly turned into a deep sense of shame. I assumed my slow eye reading must have been my fault for not trying hard enough—rather than the problem being a flaw in the design of the book itself. I created elaborate camouflage—I even won a local bookmark-making contest! I wanted everyone to think I was “well read,” but all of my energy was going into hiding who I really was. For the first time in my life, I officially love books. That’s because today, I published one. It’s a step-by-step plan to help parents of kids who are dyslexic like me find the path that will allow their children to love books, too. For someone who always felt left out when others began discussing literature, this is a profound moment."

Read the rest of Headstrong Nation founder, Ben Foss's Dyslexia Insight #3: What It Takes for a Dyslexic Kid to Love Books from the NCLD.