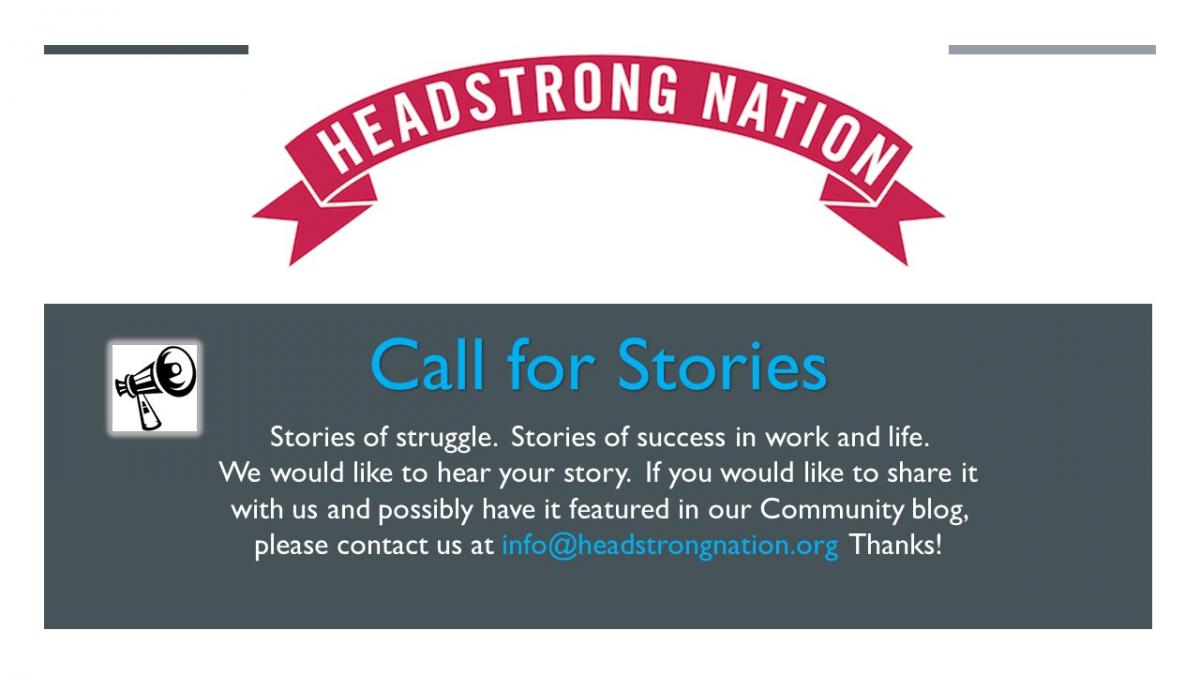 Headstrong Nation is holding a "Call for Stories".  We want to hear about your experiences as an adult living with dyslexia/LD. Stories are important.  They inspire and inform us. They influence us. We relate to them. They help us to feel connected with each other.  They don't have to be perfect, and they don't have to be finished. They are forever evolving.

How do you manage the challenges associated with your dyslexia on a daily basis? What are your particular struggles?  Have you developed effective work-a-rounds in your career and life that you'd like to share with others?  What types of apps or assistive technology help you to thrive?  Have you discovered your unique strengths?  What keeps you going? What frustrates you? What do you need that you aren't getting?  What does success look and feel like to you?

If you have a story to tell as an adult with dyslexia and would like to share it with the Headstrong Nation community, please contact us at info@headstrongnation.org. We may be able to feature your submission in our community blog and through our social media channels so your story will inspire others to possibly share theirs too.

Tell your story...   Looking forward to hearing from you!   Thanks!  -  The Headstrong Nation Team 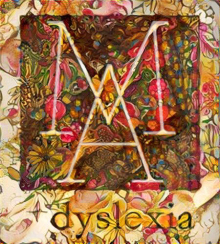 I loved books, I loved stories and I wanted to read—I just couldn’t read like other kids. I worked so hard to read that I lost the meaning of what I was trying to read. My book larva gnawed away at me while sat there stuck in an easy-reader—even when others had put their books away—I still labored over words.

Normal readers had a cute little bookworm friend that had little round glasses that were too big for its pudgy little face. It had a nerdy, feeble but kind warble in its voice that politely reminded them to, “read more books.” My bookworm was more like botfly larva. It bored into my head the significance of reading and every time I tried to read, it fed off my delicious inadequacies and bore deep into my sub-conscience that, “books aren’t meant for you.” The teachers said my only cure was to, “read more books.” In those days, no one knew I was dyslexic, but they did recognize that I had a different learning style

I was outwardly intelligent, social, and likable. Eventually I was labeled, “unteachable”—” lazy”—” unmotivated.” I struggled with reading in first grade. In second grade it became apparent that I had a learning disability. Third grade, I hit a wall. The school wanted to send me to a mobile home that sat on the school grounds. I’d sit with a teacher and a few severely disabled children. There was no help for me, and the environment was devastating to my self-esteem. My mom took me out of school and homeschooled me. My parents had no money, and no other educational alternative.

My homeschool years were hardly perfect, but they were liberating years for me. I spent a great deal of my time outdoors. We lived on five wooded acres in the rural countryside of Missouri. I was sure I was going to become an artist someday. I painted pictures, wrote short stories and plays. My mom read me book after book—all the classics. When she wasn’t reading, I was listening to the BBC book of the week on the radio. My little brother and I would lay on the floor and listen. I often drew pictures, painted and colored while listening to books. We were ear reading. Our ability to comprehend was phenomenal. I didn’t feel my limitations, I only felt that all was possible in my isolated world of Narnia, The Hiding Place, Lord of The Rings, Great Expectations, Roll of Thunder Hear My Cry—my little brother, and my loving and supportive parents.

Eventually, I was put into a small school in our church. My parents were open to trying other options and they were always hopeful that something would work. My little brother and I were publicly humiliated (my brother was physically disciplined) by our teachers. They didn’t know about our dyslexia and neither did we. We took the licks and just assumed we were the problem. This was a big burden for small backs. Back then humiliation was a tactic used to motivate. The educators in this school simply believed we weren’t trying. Try as we might, we just didn’t fit. We were abruptly taken out of this school and homeschooled again. My mom wasn’t a teacher and never intended to be. She did her very best. She inspired me—helped me keep my chin up. Only now do I understand her full-time dedication.

After taking an independent drivers education course, I decided I wanted to try and go back to school. I wanted to be around my peers—normal kids. I felt like I was missing out on the world. I was curious and very naive. I went into public high school my sophomore year. I struggled and failed. The shame I felt was unbearable, but I kept a poker face and most of my friends never knew my struggles. At first, teachers looked at me to be a nice addition in their classroom. I was very bright, forthcoming and effervescent about my willingness to learn. I sat in the front row and made eye contact. “Teach me—I want to learn.” I let them all down. Worksheets got the better of me as did and timed testing. The daily anxiety was a shock to my senses. One by one, each teacher stopped making eye contact with me. They looked through me, and I knew they had given up on me. While on my way to the place where the “D” word goes, I slid through the cracks and into a horrible gray world that whispered, “you’re nothing. Why even try? You’ll let them all down. You’ll let yourself down. You’re not normal, you’re not kidding anyone.” 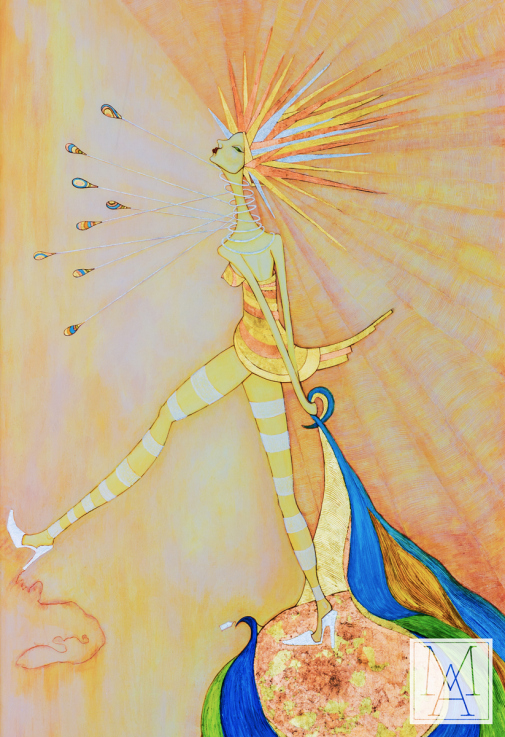 The day I left school for good, I was told by my guidance counselor that, “school wasn’t for everyone.” I believed him. I always took his final words as a warning to stay away. I was an impostor who was trying to steal an education, an education that belonged to the “normal kids.” It was a relief to finally walk away from it all.

I have always carried my ignorance like a bag of stones around my neck, hidden under my clothes, disguised by my outward appearance and layered beneath my god given talents. In school I suffered—horribly. No teacher proved me wrong. No one teacher became my hero or my mentor. My profound and confusing ignorance was never refuted—so it must be true. I presented a problem, and they had no solution. The “experts” didn’t even have a solution.

Even though there wasn’t any help for me back in those days, I still took solace in the possibility of a small identity, a word that kept me from taking it all into my inner-self. That word was, “dyslexia.” It was a word that was merely said to me in passing, but I intuitively latched onto it. Here’s why the word dyslexia was so important to me, it became a “thing” it wasn’t me. It wasn’t my fault. It was this thing and it had a name. Once I had a name, I was able to begin to pull the shame away from myself—I pulled it right out my chest like a ball of unraveling kite string. It was in this way that I attempted to bury my school years and move forward with my life.

I discovered myself, my hidden secret talents that I had always had—sort of like Dorothy and her ruby slippers. I began to focus on my life and not my struggle. I started painting, and through a lot of incredibly hard work, my surroundings filled with large scale abstract paintings. I found my joy and creativity. I didn’t know or care how my work would be perceived. I didn’t ask for permission. I focused on one thing, and that was my art.

My paintings eventually reached a man I had known for years, and it brought him home from his world travels. We got married. We had a little boy. Little did I know that I was going to have to unearth my dyslexia and my painful school years all over again—only this time through my son’s educational experiences.

Thirty-four years after hitting my own academic wall, I found myself advocating for my son. There I was, sitting in a blue plastic child-sized chair in front of two educators who were were trying to decide if they believed dyslexia even existed. As they sputtered and groped to use any word other than dyslexia, a curious thing happened—I began to disappear. First I couldn’t see my hands, then I watched my lap go up in a thin veil of vapor. I believe for a moment that I was only a pair of blinking eyes. No one noticed, but I almost disappeared into that place where the “D” word goes—that place that exists in all teacher’s lounges—that secret place all “unknowns” and “unteachables” go. I went into the dark locker of library-silent oblivion and neglect. Luckily for me, I had done my homework. I had a great deal of science, evidence and over thirty years of research to back my position. I also carried with me, a formal dyslexia diagnosis. Almost as quickly as I had disappeared, I returned to my tiny seat in front of two very serious educators who seemed oddly threatened that I might know something that they did not.

Red-faced and flustered, they spoke without relevance, “look at you! You’re fine! You had an LD and turned out okay! What are you worried about?” Unfiltered myths and misinformation came flowing out of their mouths, “we don’t hear that word nowadays, they diagnose better now.” I realized they only knew dyslexia to be a term they shouldn’t use, but they didn’t know what it was. They would never admit that. You see, by admitting that they didn’t know something, they would inevitably disappear into a thin veil of vapor starting with their fingertips until nothing would be left but their blinking eyes. If they admitted they didn’t know something, they would lose their power. They would never want to be in that vulnerable position—because truth be told, losing one’s power is painful. It’s damning. It’s demeaning. It’s dark. They wouldn’t like this.

Not long into my son’s fourth grade year, there came this soft suggestion, “maybe this school isn’t the right fit for your child.” They were right, it wasn’t. We pursued other possibilities.

One cold January morning, I lead my son up to a new pair of double doors. He anxiously opened one and hesitated in the doorway. Then, I watched him bravely step over a threshold and into a story of his own.

Read Mary’s personal blog and view her beautiful and inspiring art at MariauxArt.com.

Headstrong Nation Mission Statement - Headstrong Nation is a movement dedicated to a radical new approach to dyslexia. We empower adult dyslexics to own their dyslexia, to understand it, and to develop new ways of learning and working based on their individual profiles.

We would like to invite you to join us as a member, as we need your support to help us to fulfill our mission for the adult dyslexic. Please consider donating to Headstrong Nation HERE: https://www.razoo.com/us/story/Headstrong-Nation.  Please like us on Facebook, follow us on Twitter and Pinterest and visit our YouTube Channel.  Thank you very much!  - The Headstrong Nation Team